I did a collage of found objects from Galveston, called it "After the Storm". This piece has alot of metal objects in it, which are quite interesting, but doesn't really show up on the computer. The second image is my Japanese pigeons, which was well received at the Archway opening.
at June 09, 2009 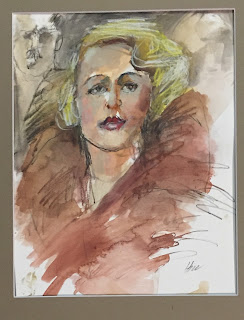